Two-day getaway to Granada: What to see

The perfect combination between the character of its Arab heritage and Andalusian architecture. This is Granada, a magical, welcoming and cosmopolitan city located in the south of the peninsula, specifically at the foot of the Sierra Nevada. It is home to some of the most important cultural heritage sites in Spain, such as the Alhambra and the barrio del Albaicín, both named World Heritage Sites by UNESCO.

If you have little time to visit Granada and you are not sure what to see in your first contact with this amazing city, don’t worry. With this post we will help you organize your time so you don’t miss the best visits to the proclaimed university city of southern Spain.

What to see in Granada in two days: the most visited sights

The Alhambra of Granada

Undoubtedly an essential visit for locals and tourists. If you like history, art and culture, the Alhambra of Granada will be a spectacle for your senses, an architectural wonder that impresses from the outside and captivates once you are inside. You can enjoy its courtyards, towers of incredible beauty and gardens; the latter considered by many as one of the most beautiful in Europe along with those of Versailles. If you want to get the most out of your visit, we recommend you take an audio guide; it will help you to better understand its history and not miss any detail. It is important to be in good physical condition and wear comfortable shoes to complete the entire tour, as you will have to walk quite a bit as well as go up and down stairs during the approximately 3 – 4 hours it will take you to complete it.

Tickets can be purchased through their website or directly there. The price is 14€ per person without a guide. We recommend you to get them in advance so you can choose the time that best suits you to visit the Palacios Nazaríes.

No matter how much you have heard about the Alhambra of Granada, there is nothing like seeing it in person, it’s just as amazing! 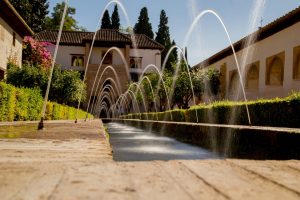 Built by order of Isabella the Catholic in the sixteenth century, the Cathedral of Granada, also known as the Cathedral of the Incarnation, is a true jewel of Renaissance and Baroque art that surprises for its luminosity. It houses the tombs of Isabel the Catholic, Juana ‘La Loca’ and Felipe ‘El Hermoso’. Its structure is imposing and its distribution is quite original for its dimensions. The entrance fee is 5 euros. Whether you are devout or not, you must visit it. It is a spectacular monument that will not leave you indifferent. 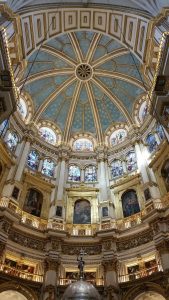 The most charming neighborhoods in Granada

The Albaicin or albayzin neighborhood

The oldest neighborhood in Granada. In it you will find all the historical eras of the city: Phoenicians, Visigoths, Arabs, Christians … Perhaps for this reason, in addition to its charm and the beauty of its surroundings has been declared as we said at the beginning of this entry World Heritage Site by UNESCO. This neighborhood preserves the best of the medieval Hispano-Muslim architecture; the Arab houses or the aljibes are a good representation of it. Getting lost walking through its narrow streets will make you understand why it is considered one of the most beautiful places in Spain. If you visit the Albayzin do not forget to go up to the viewpoint of San Nicolas through the Calle de las Teterías and enjoy its beautiful views. 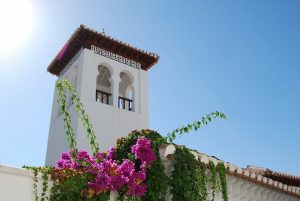 A neighborhood full of energy. Historically it was the refuge of the Muslims and Jews expelled from the city in the 15th century by the Catholic Monarchs. They converted the natural caves of Sacromonte into their new homes and today we can still find people living in them, but most of them have been converted into restaurants, bars and flamenco clubs.

Nowadays Sacromonte is known for being the gypsy quarter of Granada. We recommend you to visit the Sacromonte Caves Museum, where you can access 10 gypsy caves and learn how they lived in the past. If you want to enjoy flamenco in an original tablao, we recommend you to attend the ones performed in the zambras. 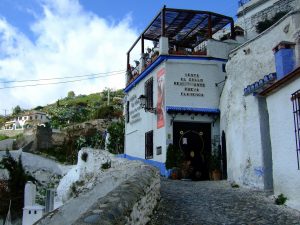 The best Arab bath of Granada

Enjoying an Arab bath typical of the Nasrid period will help you to disconnect and relax after your visits to the monuments and neighborhoods of this beautiful city. Knowing and living the experience of the best traditional Arab bath in Granada should be a must on your visit. The Hammam Al Ándalus is located in the Plaza Nueva, in the heart of the historic center. We encourage you to visit it and enjoy in first person, during the hour and a half that lasts the session of its waters, its scents and of course its fantastic decoration. The best places to eat or have tapas in Granada

If you are looking for a place to eat, have tapas or a cocktail, in our article 5 trendy restaurants in Granada center that you should not miss, you will find cool and varied options.

Where to stay in Granada

Staying in Granada with Líbere is the best option you will find in the city. Our apartments are located right in front of the Cathedral of Granada, 5 minutes from the Plaza Nueva and the historic center of the city and 7 minutes by car and 20 minutes walk from the Alhambra. In addition to its unbeatable location and having all the services you need to make the most of your stay, our accommodations are dog friendly so you can take your pet with you if you wish. 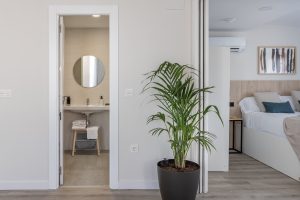